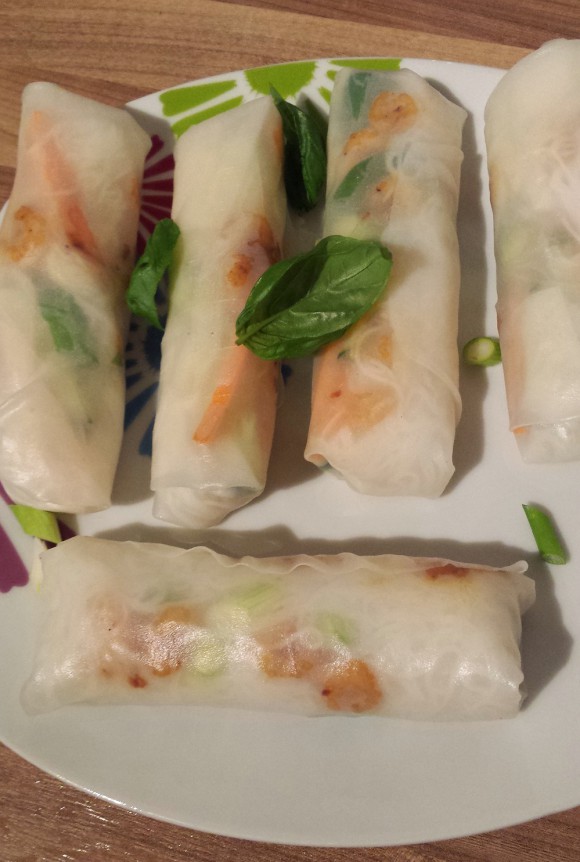 Food, for me, has always been about more than sustenance. In college food was a treat from the special reservation-only shrimp or steak dinners to my Wednesday takeout while I watched Dawson’s Creek. I would rush home from Mock Trial practice, place my order for pizza or grinders (those are super delicious warm sandwiches on the tastiest toasted bread you have ever sank your teeth into), get into my comfy clothes, pop a vodka cranberry into a glass and get giddy when the first strains of Paula Cole’s “I don’t wanna wait” started.

I don’t think the food had much to do with it considering my love—even today—of Dawson’s Creek, but whenever I think of that time the food always plays a role.

Today though, when I think of food I think of the event surrounding a new dish. The first time I tried Indian food I was in Washington, D.C. after a week of DNC training. The food was awful and it would be about 3 years before I ate a good Indian dish. The first time I ate sushi was in 1996 before it was “all the rage” because I read some chic lit novel and it sounded delicious and sophisticated to a teenage girl eager to be an adult. I have tons of these, but I won’t bore you with them all lest I use up all the space on the internet!

Ah, I lied…there’s one more. But it’s relevant, I swear.

The first time I tried a Thai Spring Roll, a family friend made them from scratch. I sat, mesmerized as her tiny hands worked with lightning speed to wet the wraps and assemble them before it had the chance to dry out or stick to the counter. As a lover of nearly all types of Asian food, I couldn’t wait to sink my teeth into one. I was even more excited by the fact that she was making actual Asian food but rather those ridiculously super-sized portions of American style Asian food.

Then she charged me with shelling, warming and chopping peanuts for the sauce, and my mouth began to water. I didn’t know such a simple item could taste so good. It was so different, so refreshing with fresh raw vegetables, steamed shrimp and glass noodles.

So…after I gorged myself on about a half dozen of these rolls I decided that I would learn to make them and do it often. Of course when I made that vow I had no idea I’d be moving to Germany or how difficult it would be to find Sriracha and these rice paper wraps!

After a trip to a giant Edeka, I pointed and I said (I kid you not) “Eureka!” I was so happy to have spotted not just the noodles but the wrappers in the most well-stocked Asian food aisle I had seen so far, that my inner-dork shone long and bright with that embarrassing “eureka” outburst. But I didn’t care because it was finally my chance to make these delicious spring rolls.

In the spirit of full disclosure I will tell you that making food pretty isn’t my strong suit. It will always (well, almost. I do like to experiment) be tasty but it will also almost always look like a child plated the dish. So you can imagine that the first 2 or 3 times I made these rolls just how ugly they were. If I had pictures I would post them here because they were truly horrendous. Unevenly cut carrots poked holes in the wraps, I used too many noodles in some and not enough in others. It was good, but holy hell were they some ugly little monsters. 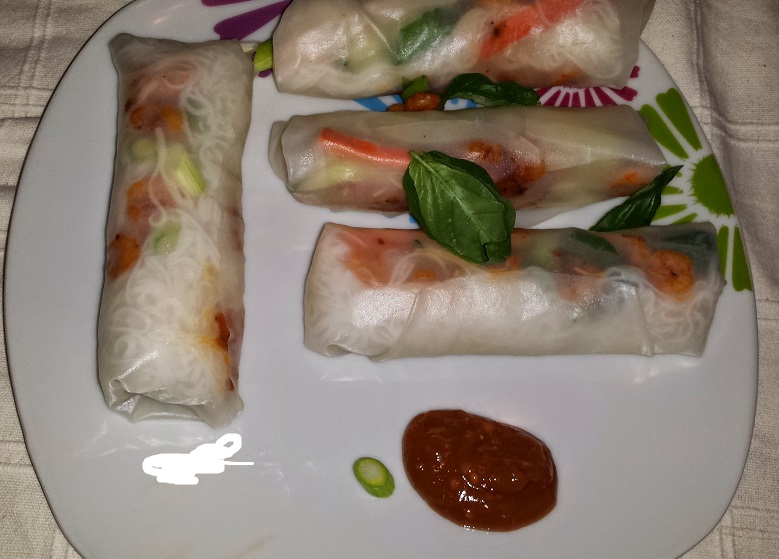 Today I am a much more accomplished home chef so I was able to make them look prettier, but as you can see my plating skills still leave much to be desired. I am a creative type but that is mostly reserved for words and stories. My friend Shelly is the visual artist and if she put my dishes on plates you would be totally amazed and awed by my culinary brilliance. But since she’s back in L.A. you have to deal with my mediocre plating skills.

Now…on to the spring rolls!

Serve it with: Since I am totally addicted to Sriracha and tend to go overboard—just ask my husband—I usually pair this with ice cold Guinness or Köstrizer. These Thai spring rolls are quite filling and in my opinion are a meal unto themselves, but if you need more substance, I recommend an Asian style salad.