Those of you who have started reading and following this blog–thank all of you for encouraging me to keep doing this!–know that one of my biggest passions is traveling. That’s right, in addition to being a romance author, ghostwriter, political junkie and vegan foodie, I love to get away.

And it turns out that Romania is full of hidden gems. Okay maybe they’re not all that hidden but this is my first time here so it’s all brand new to me and therefore feels a little hidden. But some friends that we met in Germany are now living back in their homeland and invited us for a visit to their town, Cluj-Napoca.

If you’re like me you’ve already paused to Google this city and you’ll find out like I did that it is a BIG city. I mean it’s not my hometown of Chicago or my adopted hometown of Los Angeles but at 400k people, it is way bigger than I expected. So big that instead of heading to the town’s website or Wikipedia, I immediately Googled “vegan cluj napoca” because I was jonesing for a night out with some good, chef made, vegan food.

Lo and behold, there was an option.

The restaurant was minimalist but nice and sophisticated, none of which I really cared about. The food however, was pretty darn good. We ate there twice and I enjoyed a delicious Thai curry soup, lentil soup the next day, Asian style noodles and a curry dish. Before you ask, no it was a pretty eclectic restaurant with plenty of options, not all of which were vegan which I thought was nice since there was a meat lover dining with us.

The soup was delicious but the noodle dish was a tad salty. All in all it was a mixed bag of treats but if we lived in Cluj it would likely be our lazy night option.

Luckily food was a small part of this weekend. I got a chance to visit a section of the Carpathian Mountains, a mountain range called Apuseni Mountains that was beautiful. And cold. 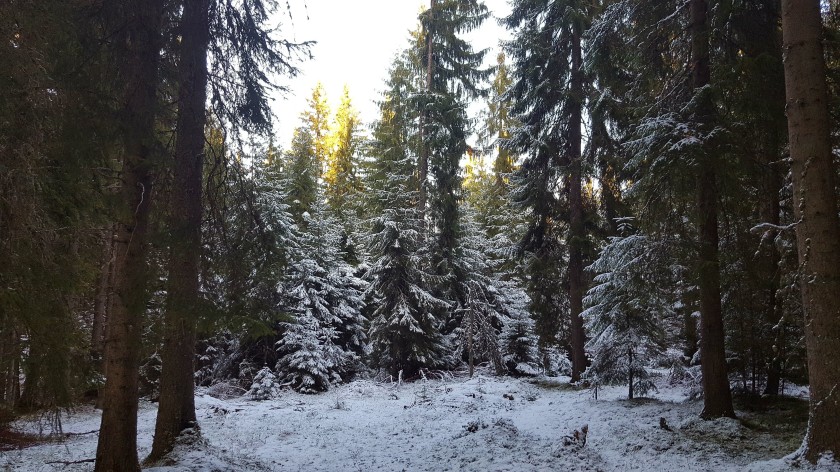 It was a simple sightseeing trip meant to kill a few hours between catching up and talking business but when you come upon this view, staying in the car is not an option. So dressed in my red Converse All-Stars, I got out–and got wet–just to capture some gorgeous scenery up close and personal.

But like I said, it was cold. Very cold and we didn’t stay in one part of the range for very long but the climb up took us from autumn weather to deeply winter in just a few hundred meters.

And what is a tired and hungry vegan to do after a day in the mountains? Eat, of course. 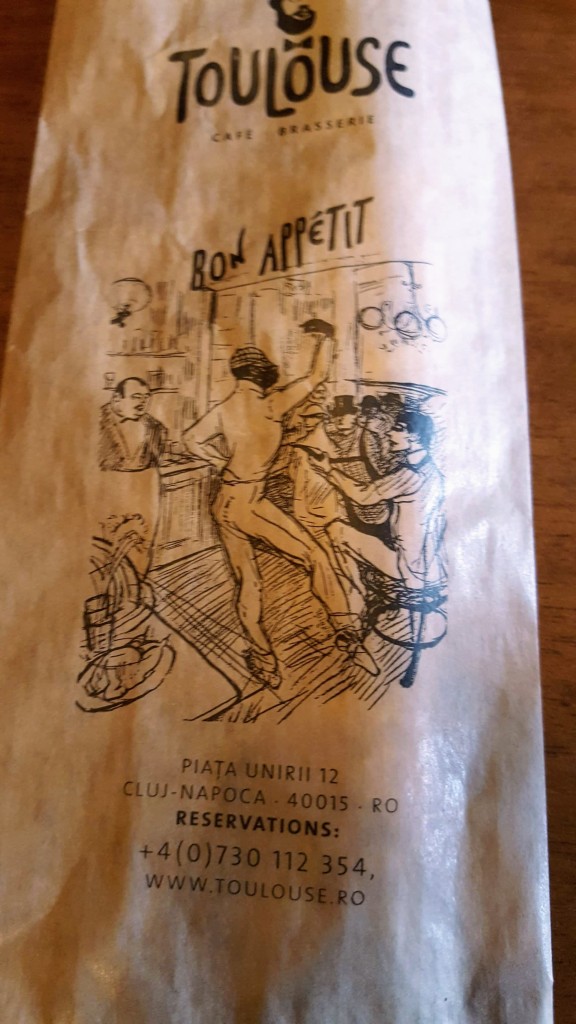 Toulouse was an adorable little bistro style cafe with a long, dark pine bar and an impressive liquor selection. And oddly enjoy, for some reason American Top 40 was playing…from the nineties. I loved it!

The food was…okay. I was able to get fajitas which made me smile because Mexican is my second favorite cuisine to eat. The vegetables were hot and seasoned well but the tomatoes in the salsa were canned. It probably sounds horribly snobby of me but I never eat salsa that isn’t fresh, not since I learned how to make salsa in college. It’s just a quirk of mine and I don’t mind it because canned tomatoes are entirely too sweet for salsa. Plus the way salsa and lime juice tastes together with parsley and fresh garlic? Anyway so that kind of ruined it for me–a little–but I did eat up every bit of the mushroom, onion and pepper mix. I would have liked more than tortilla triangles because I can guarantee that when it comes to tacos or fajitas, I can be guaranteed to overeat. #truth

That other sauce is guac and I’ll tell you now that I gave it to my husband because there are three vegetables I do not like: avocados, beets and eggplant. I can be pretty fair with everything else, even kale, but those are on my ‘never ever’ list which is probably why the salsa bummed me out so much.

But rest easy, I had my all-time favorite vegetable to cheer me up. Potatoes. 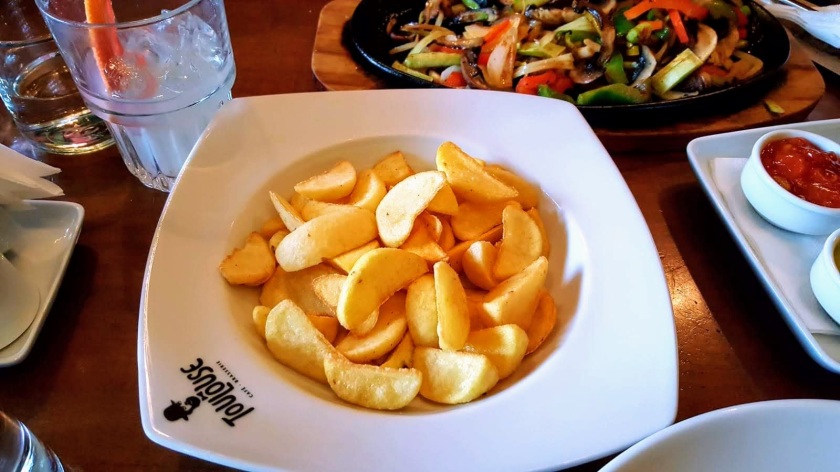 The hubs got a chickpea curry dish that was tasty with just enjoy coconut cream to rub off some of the heat. I love the heat but he doesn’t so I only had a bite to taste. Okay, two bites. Three bites. I had three bites. 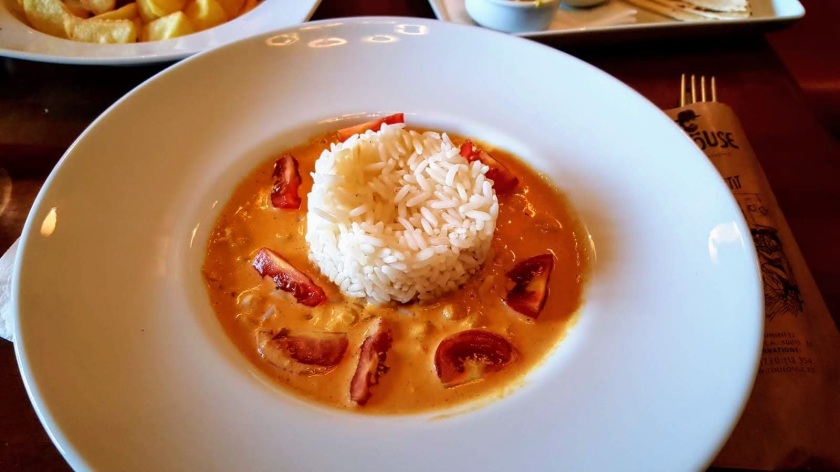 The fresh tomatoes added a nice hint of acid and freshness. If we had another day I probably would have come back to try it out.

You’re wondering where the drink is, right?

Well in this oddly international lunch, I decided why not keep up the tradition and ordered a Paloma.

A simple grapefruit soda & tequila drink, this cocktail went perfectly with the fajitas.

One thought on “A Lost Weekend in Cluj-Napoca”