I’ve made no secret of my desire to keep my plate as plant based as possible with the exception of tofu (is tofu not plant based?) but since I went on an ordering spree a week or so ago, I decided to go all the way.

And let me tell ya, not all results were pleasant.

This is another gem from the folks at Vantastic Foods, which I’ve been a fan of since I tasted their soy jerky, but this particular product was chosen by The Hubs which is kind of weird since he was vegetarian for two years before going vegan while I scarfed up trout (regenbogen for those of you fluent in Deutsch!) like it was going out of business. I skipped right over the fish products page because I had no interest in them. Another reason we make such a good team.

You can probably see the biggest source of MY own displeasure just by taking a quick look at the list of ingredients. Noriblatter is German for nori sheets, as in seaweed, which I am not a fan of. I can admit that since going vegan I don’t mind it as much because I think my taste buds just didn’t enjoy the blend of nori and raw fish.

Anyway my number one problem with this product was the overwhelming fishy scent. Even when i was a meat eater I NEVER would have purchased or eaten fish that smelled like this since that means it’s bad. But for the sake of science and not wasting money, I had to give it a try and…it wasn’t bad.

It wasn’t great, but combined with seasoned vegetables, it was edible. With hot sauce.

The Hubs cooked this meal and the “steaks” were seasoned beautifully and capped off with a squeeze of fresh lemon juice which is about all you can do for filets this small. A couple minutes in a skillet and these babies are ready to eat.

The mixed curried vegetables helped mask the fishy scent, which weirdly disappeared after about five minutes. Too bad my brain couldn’t erase the smell. 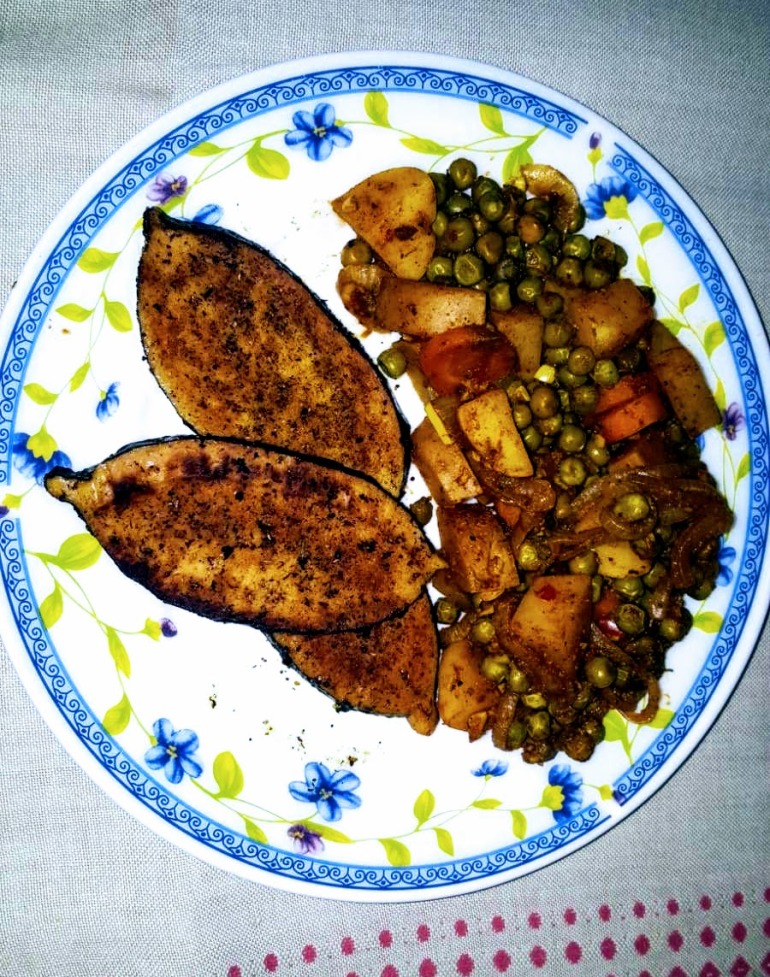 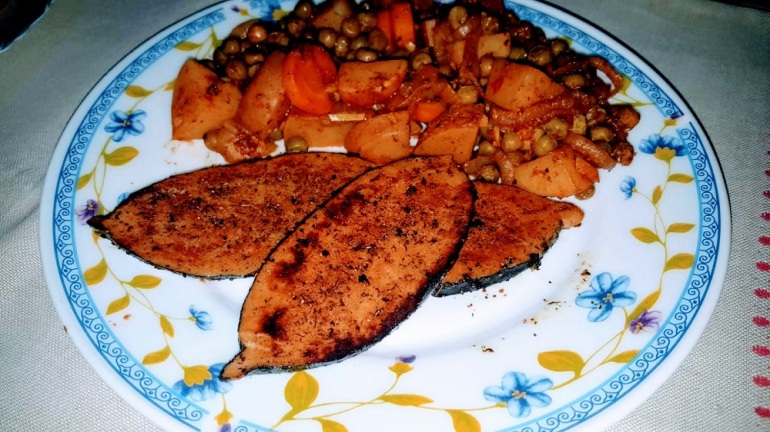 I have learned a very important lesson as a vegan and I suggest that everyone makes this decision for themselves. I don’t need my vegan foods to taste like their formerly living counterparts. I like my burgers tasting like chickpeas, lentils and tofu and I’m totally fine with using plain tofu to transform a former favorite dish of mine. I stopped eating that stuff for a reason and giving me something that smells like fish only reminds me of that.

The Hubs actually liked them and later this week–maybe–I’ll show you how his fish fingers turned out. Spoiler alert: as delicious as your five year old self remembers.

I found that a ice cold red ale Beck’s was the perfect way to wash this down!

What vegan products have you tried that you wish you hadn’t?

Leave a Reply to the #1 Itinerary Cancel reply