We’re not really a ‘Sunday Dinner’ kind of household. That’s a day that we often spend working since we both work for ourselves and it means that we can schedule dates and outings during the week when the stores, restaurants and roads aren’t nearly as crowded. Since Sunday around the world seems to be recognized as a day to go out and BE out, we’ve gotten used to staying inside.

But there was a delicious batch of turnips at the supermarket last week and I just couldn’t resist. Truthfully, I had no plans for them specifically and when we got home, I tossed the bag in the veg crisper and forgot about it.

But after a week of working crazy hours in anticipation of another mini-holiday, I’d gotten off schedule and completely forgot it was my night to cook. Thinking of those turnips, I hoped the bag wasn’t filled with more yellow leaves than green.

Lucky me, they were still in excellent shape…now I just had to figure out what to make with them. 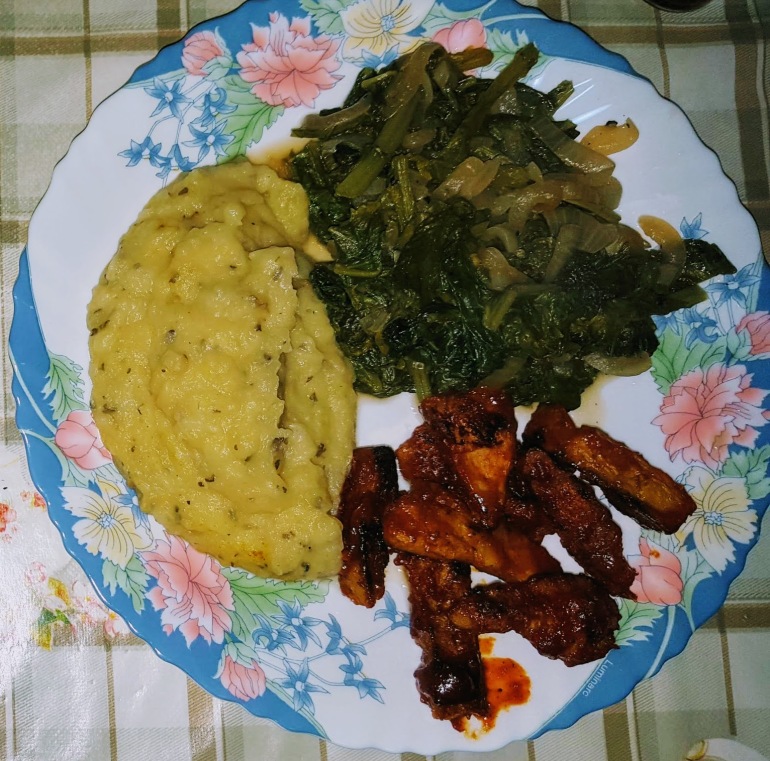 Since this meal wasn’t planned–at all–I had to go pantry hunting. I knew I had to do something with the turnips so immediately I thought mashed potatoes. But then I was like, but turnips aren’t that great on their own, and I decided to add two medium potatoes to the pot with the 3 turnips. Boil 20-30 minutes or until tender, then drain and reserve some of the water.

I know this is probably controversial because people LOVE to put milk and butter (vegan or otherwise) into their mashed potatoes but I like to use the water to minimize how much fat I’m adding to each dish. But I did use vegan butter and about 5 cloves of garlic and a tablespoon of dried basil for creamy, yummy, vegan vegetable mash. 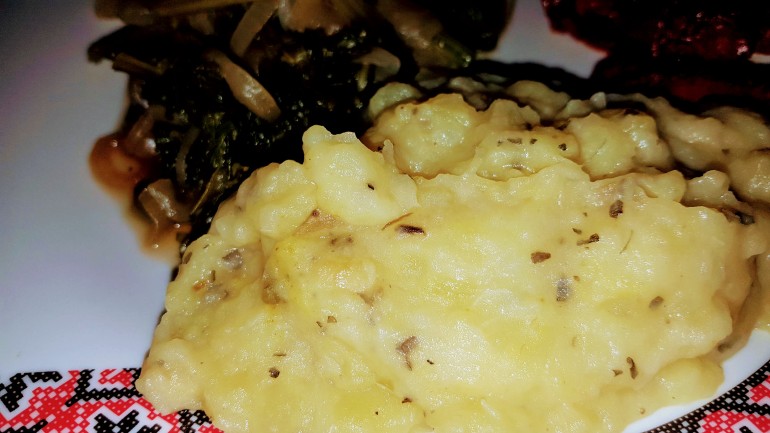 Rather than hand mashing, I added everything to the pot and used a hand mixer and it made all the difference. They were silky smooth and so flavorful my husband has decided that this is what mashed potatoes should be from now on.

I’ve been experimenting with those dehydrated soy products to see if there’s a discernible difference between them and tofu. Let me tell you, there is. But mostly in a good way. I used the large chunks, simmering them for 15 minutes in seasoned water and then letting them sit for another 15. When they were cool enough to handle I cut them into pieces and made a barbecue sauce to toss them in.

The sauce was tomato paste, coconut sugar, Korean chili flakes, cumin, water and 1/2 tablespoon of habanero hot sauce. Pop it in the oven for 15 minutes and then put it in your belly! 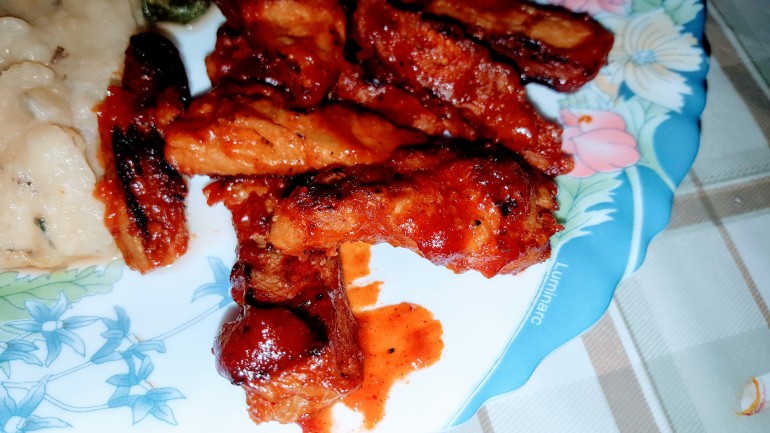 All that was left was the turnip greens and they were super easy. Saute two large sliced onions and then add the washed & dried turnip greens to the pot in batches until tender and delicious. 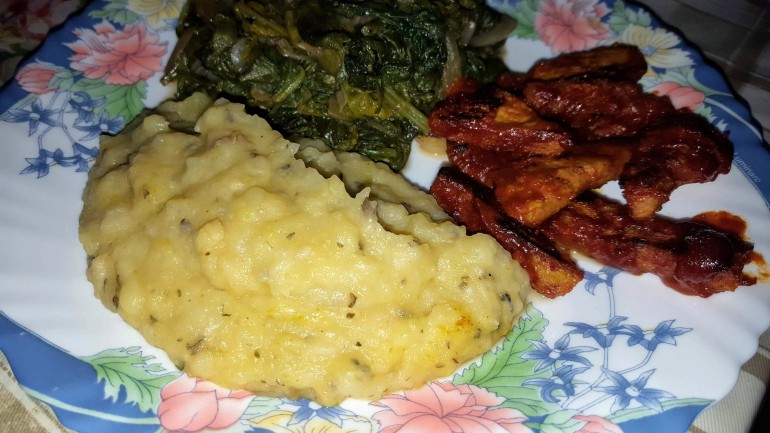 Best of all, this meal served two and came in under 500 calories per serving!!!

It was a delicious meal that reminded me of Sundays at either of my grandmother’s houses with the whole family gathered, only it was quieter. And with less animal products.