Let me start this blog post by saying that there was a time–nearly a decade ago, mind you–that I was one of those people who believed farmers markets were a racket. I thought the vegetables were overpriced and kind of damaged and mostly I went for the specialty items like corn jelly. I lived in Los Angeles at the time and despite our year round good weather that was perfect for year round agriculture, produce was expensive. And at the farmers market it was even more expensive. Somehow.

I couldn’t figure it out because it made no sense. But I still frequented these markets because, well because in Santa Monica and Beverly Hills there were some really great specialty items and I just couldn’t resist. But I shied away from the produce unless there were items that were hard to come by like romanesco or purple potatoes. But…holy cow they were expensive.

In hindsight though, it was a better bang for my nutritional buck compared to things like beef, pork, chicken, cheese. You get my drift.

In Germany you couldn’t really beat those little side of the road booths where you could buy a five pound squash–perfect for soups, breads, cakes & cookies–for like 2 euros and just shove the money into a little wooden lockbox. The same was true of asparagus, cabbage and strawberries. Oh, the strawberries in Germany were succulent. Delicious. I’ll always associate strawberries with Germany. Not sausages. Not beer, okay beer a little. But, strawberries.

Now, of course, I see things a little differently mostly from experience. Our grocery bills since we went vegan have simply gone down and that’s even when you factor in our maturing alcohol appreciation. Even when we splurge on too many vegan burgers and falafel balls and salt & vinegar chips, the bill is is still lower and that’s even with the currency exchange from LEU or EUR to USD.

The market that’s closest to our apartment is BIG. 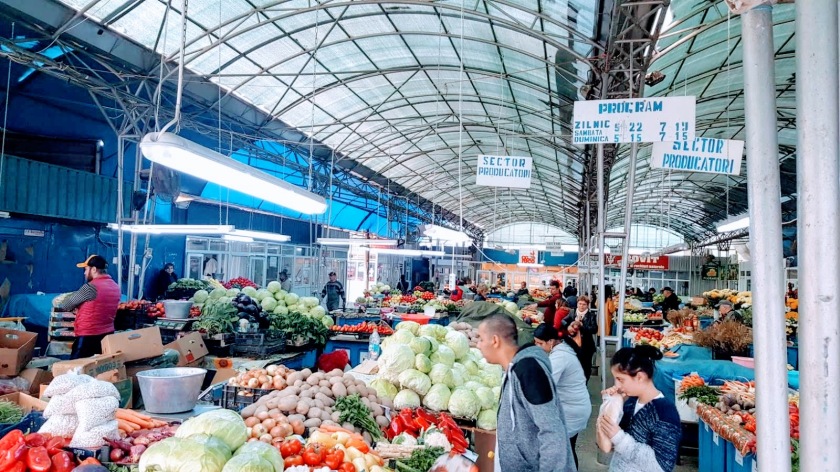 We went in for a few basics like scallions, parsley, dill and other fresh herbs for salad dressing. And peppers. We came out with that plus a few giant shallots, a big ass squash, green tomatoes, carrots, parsnips and sweet potatoes. I know, ridiculous.

But the cost of all of it was less than $10 USD. It was just enough to make a few meals for 3, maybe 4 days but it was more than worth it.

And you want to talk about specialty items? There’s this eggplant dish called zacuscă that I do not eat because eggplant is one of those vegetables that I just really don’t like. I recently tasted a vineti which is another eggplant dish that I didn’t hate so…progress. Anyway, back to zacuscă. Everyone’s is different. My mother in law makes it one way and her niece makes it the same but with something extra. At the market you would find different jars of zacuscă and each seller would happily tell you what made theirs more special than the booth ahead or the previous booth. The same is true of ketchup which is not what us Americans would recognize as ketchup but pretty darn good. It’s fresh ingredients, slightly pickled and they go great with plenty of the same dishes where ketchup is appropriate but it has a bit more liquid rather than sauce so it’s not as ideal for dipping. 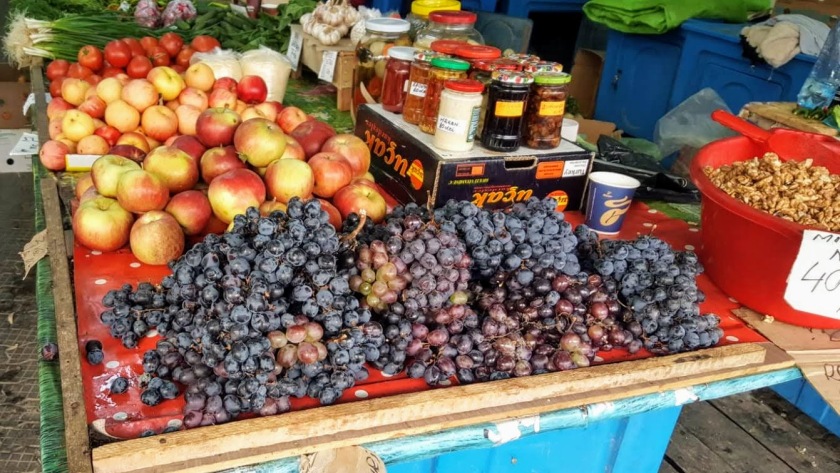 There were marinated mushrooms which I passed on, plenty of fresh walnuts too which go great with vegan brownies, by the way. Everyone had jam or jelly in nearly every fruit from apricot and quince to sour cherry, apple and those little catina (also known as sea buckhorn which I did not know) berries too. It’s a little too sweet for my taste but the hubs will spread vegan butter on a slice of bread with preserves and call it dessert.

There was plenty of cabbage which was no surprise because everyone loves sarmale. A little bit of everything and you know what I really loved? The fact that so many root vegetables came with their green tops! I didn’t see turnips but I’m keeping my fingers crossed because even though both of my grannies would kill me, I can make turnips and their greens taste like collard greens and potatoes. As soon as I find them, I’ll share it with you.

Also I loved bulk potatoes. I’m a potato snob, I admit it. When I know that I’m making fries for example I know what potatoes I want compared to mashed potatoes or shredded hashbrowns. And when I need to peel the skin I really can’t stand a tiny or misshapen potato which I love when it’s time for potato wedges. 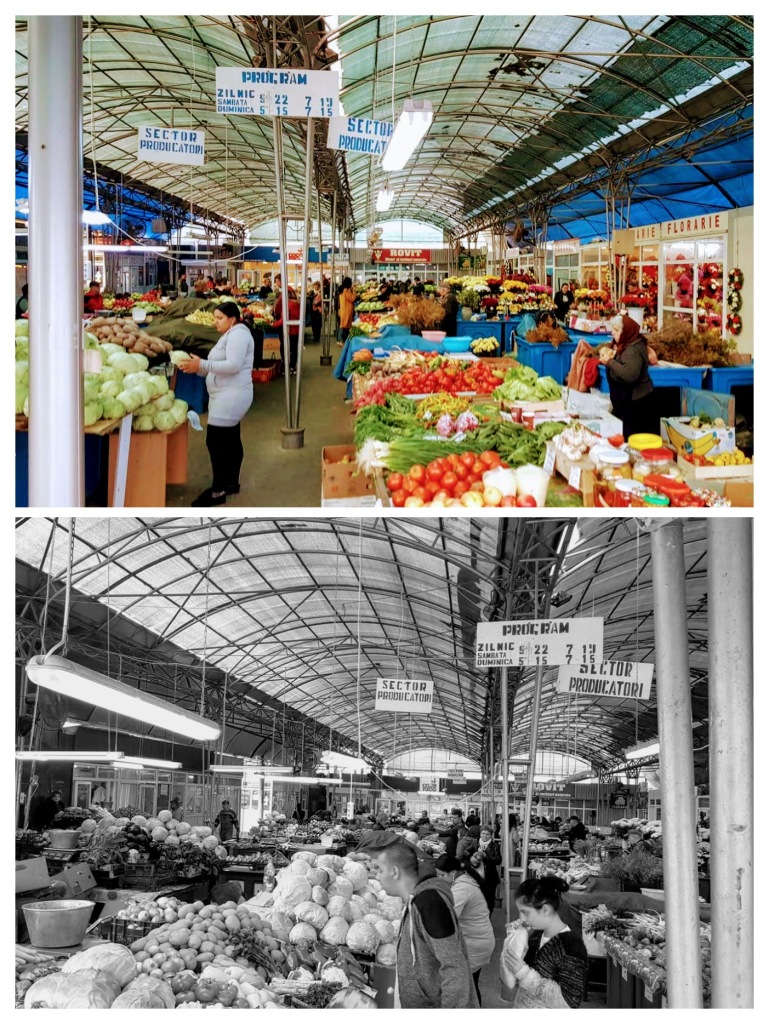 It was a good trip to the market and now I’m itching to go back to get more pumpkin or squash because autumn weather has officially arrived and even now as I look out the window at gold and red leaves barely hanging on to branches, I have a hankering for butternut squash soup, multi-grain bread and sweet potato pie.

Now I just have to find the time to cook it all and remember to photograph it. 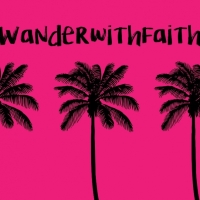